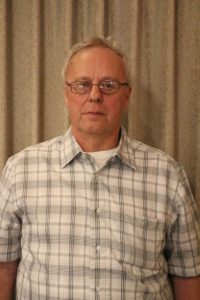 Greg is  always willing to help out whenever needed, even coming in on his days off.   About 3 months ago, in preparation for retirement, he reduced his hours worked so now he is enjoying time spent with his family, especially his grandchildren; he also enjoys working around the house.  You may still see him at your location every once in a while as he hasn’t quite grasped the full concept of retirement,  but after 42 years on the road I’m sure it’s not easy.

Please help me in congratulating Greg Hoyt, not only for being the 2016 C. N. Brown Transport Driver of the Year, but also on his retirement after 42 years of service with the company.

Canton, ME, October 18, 2017 – CN Brown Company recently gifted the building at ...
View More
Check this out

Enjoy what Bambi shared about her journey with CN Brown Company: How did...
View More

Enjoy what Penny shared about her journey with CN Brown Company: What was...
View More