CN Brown Company is a family owned business that started in 1948 as a retail and wholesale lumber company in Lovell, ME.  The company expanded its business and territory to include petroleum products in Maine, New Hampshire, and Vermont.

In the early 70’s, management recognized the changing lumber industry and began concentrating its efforts in the convenience store, gasoline, and heating oil business.  At about this time, Carlton N. Brown hired Harold D. Jones, a district representative from Phillips Petroleum, to be CN Brown Company’s General Manager/CFO; to lead the company into these new markets.

This marked the beginning of a new era for CN Brown Company.  The company began a program of purchasing and building new convenience stores, along with its steady expansion of its heating oil business.

The company, now owned and operated by the Jones family, has provided communities with steady employment for over 70 years.  CN Brown Company currently owns and operates 76 Big Apple Convenience Stores, 25 Heating Oil Offices, 11 Service Stations, plus service over 100 gasoline dealers.  CN Brown Company has positioned itself to be a major contender in the competitive petroleum market throughout Maine, New Hampshire, Vermont, and Massachusetts.

In 2012, CN Brown Company began supplying Electricity and Natural Gas to customers in Maine to further diversify energy offerings.  The offer of electricity moved into New Hampshire in 2019.  This enabled CN Brown Company to bundle product offerings for added savings to our valued customers.

CN Brown Company launched its Big Apple Rewards program in 2012, leading the way for loyalty programs in the Northeast.  Customers now accumulate points with every purchase and save on those items they buy the most.  Our rewards program is FREE to sign up.  Visit cnbrownrewards.net to learn more.

CN Brown Company has been supporting the Muscular Dystrophy Association, MDA, for over 25 years.  In that time the company has raised over 6 million dollars in an effort to better the lives of those that have been affected by this disease.

CN Brown Company is a financially strong company that will continue to evolve in the energy field and the convenience store business.  The future looks bright and we look forward to serving you. 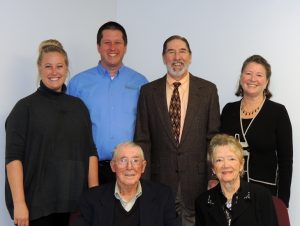 Enjoy what Karen shared about her journey with CN Brown Company: Q. How did ...
View More

Enjoy what Karen shared about her journey at CN Brown Company: Q: How did y...
View More
Check this out

Our IT Team is the Best!

It’s National IT Professionals Day and we’re SHOUTING OUT that we have the ...
View More