CN Brown Company proudly participated in the Grace for Vets FREE Car Wash event on Friday, November 11th.  As a result we provided 146 FREE Car Washes to Veteran’s throughout Maine!

We Thank Our Participating Locations: 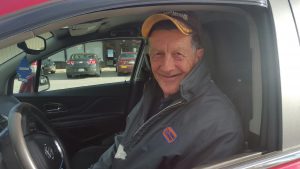 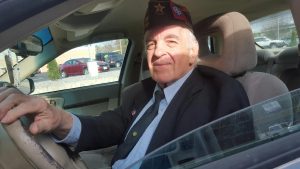 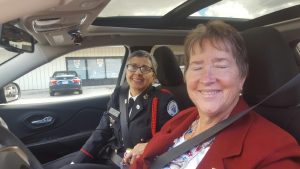 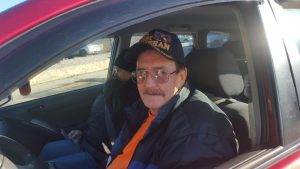 The Muscular Dystrophy Association of Maine will be featuring our 2014 Signature Sponsor, the C.N. Brown Company at the MDA of Maine Show of Strength Telethon Premiere Party. The event will be on Thursday, August 28th at the Ocean Gateway in Portland. We will be honoring the incredible 2013-2014 fundraising efforts of the People of C.N. Brown amounting to over $250,000. C.N. Brown Company has been a partner with the MDA for 28 years and has cumulatively fundraised over $4.7 Million Dollars.
Led by President, Jinger Duryea, the People of C.N. Brown’s compassion has allowed the MDA of Maine to continue to provide local services to families living with Muscle Disease throughout Maine. Several services include clinics at Maine Medical Center, equipment repairs, and the best week of the year, MDA Summer Camp in Sanford, Maine.
The C.N. Brown Company started out as a small lumber company in Lovell, Maine, back in 1948. It has diversified and grown into the Big Apple Stores, CN Brown Heating Oil and a number of major branded service stations throughout ME, NH & VT. In 2012, C.N. Brown added the C. N. Brown Electricity, LLC, and are now a full service energy provider.  The people of C.N. Brown play an important role in the communities they serve and continue to be the top sponsor of the Muscular Dystrophy Association in Maine. Ian is six years old and lives at 240 Pigeon Hill Road Mechanic Falls, Maine, just up the hill from the newest Big Apple and McDonald’s. He goes to Elm Street School in Mechanic Falls and is in the 1st grade. One of his favorite past times is getting Nannie and Poppie to bring him to McDonald’s for the ever famous cheeseburger happy meal. He has been watching every day as the buildings have gone up and very animatedly lets his Nannie know every detail as he sees it. He considers the Poland McDonald’s his own personal close to home restaurant!

Thank you to the Dave & Lisa Berry, along with their grandchildren, for being our first Big Apple Food Store Customers, December 18, 2014.

A special thank you to Ian for being our ribbon cutter!

“Jinger will bring energy and enthusiasm to MHPC at a critical time for the state of Maine. Under her leadership, I am confident that MHPC will continue to grow and advocate fiercely for economic freedom,” said MHPC’s outgoing Chairman Peter Anania.

“MHPC could not have chosen a more capable Chair, in Jinger Duryea.  She is a successful businesswoman, a strong leader, and an eloquent champion of free markets. Mrs. Duryea brings with her a wealth of experience and an intimate knowledge of policy that will be critical for us in leading the conservative movement in Maine,” said Chief Executive Officer Matthew Gagnon.

Duryea retired as the President of C.N. Brown Company, a South Paris, Maine-based family business that operates all Big Apple Stores and CN Brown Heating Oil locations throughout Maine, New Hampshire & Vermont.  She has the distinction of having been the first female Chairman of the Maine Oil Dealers Association, and previously served on the Board of Directors of the National Association of Convenience Stores. On Saturday, September 20th, the MDA of Maine hosted their Annual Muscle Walk.  The event raised over $63,000 with 363 people attending.  This is how we Make a Muscle, Make a Difference! August 26, 2014
STATE WIDE (WGME) — A Maine woman is being honored for decades a work on behalf of families with neuromuscular diseases.

For many years, one woman has been synonymous with the Muscular Dystrophy Association (MDA) and later this week, she’ll be honored for “making a difference.”

It was the late 1970’s and channel 13, WGAN TV was undergoing a big change. It was moving day from the old newspaper building on Congress Street to the new studio on Washington Avenue.

Sure, there were cameras and sets to move but no one was going anywhere without the all-important telethon clock from the MDA Jerry Lewis Telethon and who better to move it than telethon hosts, Bob O’Wrill, the station weatherman and the one and only Tiffany Jones.

Tiffany’s connection with MDA dates back decades. As host of the telethon she got to know many of Jerry’s Kids in Maine and helped to shine a light on important advances in research that MDA helped to fund.

Her tenure with MDA is almost as long as it took to move that clock. It’s only just made it onto the elevator.

Tiffany may have stopped hosting the telethon, but she sure didn’t stop working with MDA. She became the organizations executive director, the face of MDA at countless events, including C. N. Brown golf tournaments.

And over those many years, Tiffany became great friends and supporters of all the folks at C.N. Brown, including the man for whom the Spirit of Life award is named, Chick Wilkins. Together, they hit one home run after another.

It’s almost impossible to think of MDA in Maine without thinking of Tiffany Jones Olsen and that clock finally made it all the way to its new home.

Tiffany Jones Olsen truly embodies the Chick Wilkins Spirit of Life. She has touched the lives of hundreds of families struggling with neuromuscular diseases in Maine.

Tiffany Jones Olsen says she will always support MDA, hoping that research and funding will help find a cure for neuromuscular diseases like ALS and Ducheness Muscular Dystrophy.

The Maine State Lottery announced the winning Megabucks ticket was sold at the Big Apple Food Store, South Main Street, Brewer.  CONGRATULATIONS to the trio of winners that work at Getchell Bros! Enjoy what Fred shared about his journey with CN Brown Company How did you...
View More

Enjoy what David shared about his journey with CN Brown Company How did your...
View More
Check this out

Enjoy what Bambi shared about her journey with CN Brown Company: How did...
View More

Enjoy what Penny shared about her journey with CN Brown Company: What was...
View More